Heading into Week 4 it’s about that time we give you guys the “who was best against a mid-major school and bottom tier power 5 teams” aka Heisman candidates. I hate this because we are getting into conference play where most potential candidates start to fall off and show that they actually suck. Excuse me I don’t want to hurt the feelings of young men that are ultimately on pace to make millions of dollars to bust in the NFL. I am really not good at being sentimental. Granted I wouldn’t last a second in Division 1 football, judging I am built like a kicker and not Joey Julius out of Penn State (kid’s an animal). So, without further ado, I am going to give you my boss ass players through Week 4 who might hold up a trophy at the end of the year and get to premiere in a cool Nissan Heisman House commercial one day.

Well first off this is the only time since he’s entered the conversation where I actually looked at his last name and who can ever pronounce that on first glance deserves the Heisman more than anyone on this list. This to me is a no-brainer for the list. Alabama has put up no less than 50 points against all of the high school football, I mean all the teams they’ve played so far. Tua took the starting job from Jalen Hurts after night one like a bully on the playground stealing lunch money from the smallest kid out there (this is somewhat traumatic to me being a little guy). His stats so far have been amazing completing 36/50 pass attempts for a total of 646 yards and eight touchdowns. Those stats equate to a 233.3 passer rating and averaging 12.9 yards per completion. Glad to see he’s about to get into some solid competition here soon and by soon, I mean in November when they play LSU, Mississippi St., the juggernaut Citadel, and Auburn.

So, yeah JT Barrett probably should’ve been a backup last year. I absolutely loved the kid and I fought tooth and nail of why he should be the starter all last year, but then Haskins played this year. Needless to say, this kid is the shit. He is the first Ohio State quarterback I’ve seen in my blossoming 25 years of life that actually has the potential to play in the NFL. Yeah, I said it the N-F-L. In three games so far, his numbers are superb completing 66/91 pass attempts for 890 yards and 11 touchdowns with one interception. His passer rating isn’t up there with Tua, but it’s still at 192.4 which is incredible and also 9.8 yards per completion. The Bucks haven’t really played a crazy schedule that makes you say “wow”, but they’ve taken on three power five conference teams, one of which is ranked in the top 20 and played in their home state. We get to see his big boy matchup of the year when he has to go into Happy Valley for their ever so intimidating “White Out”. 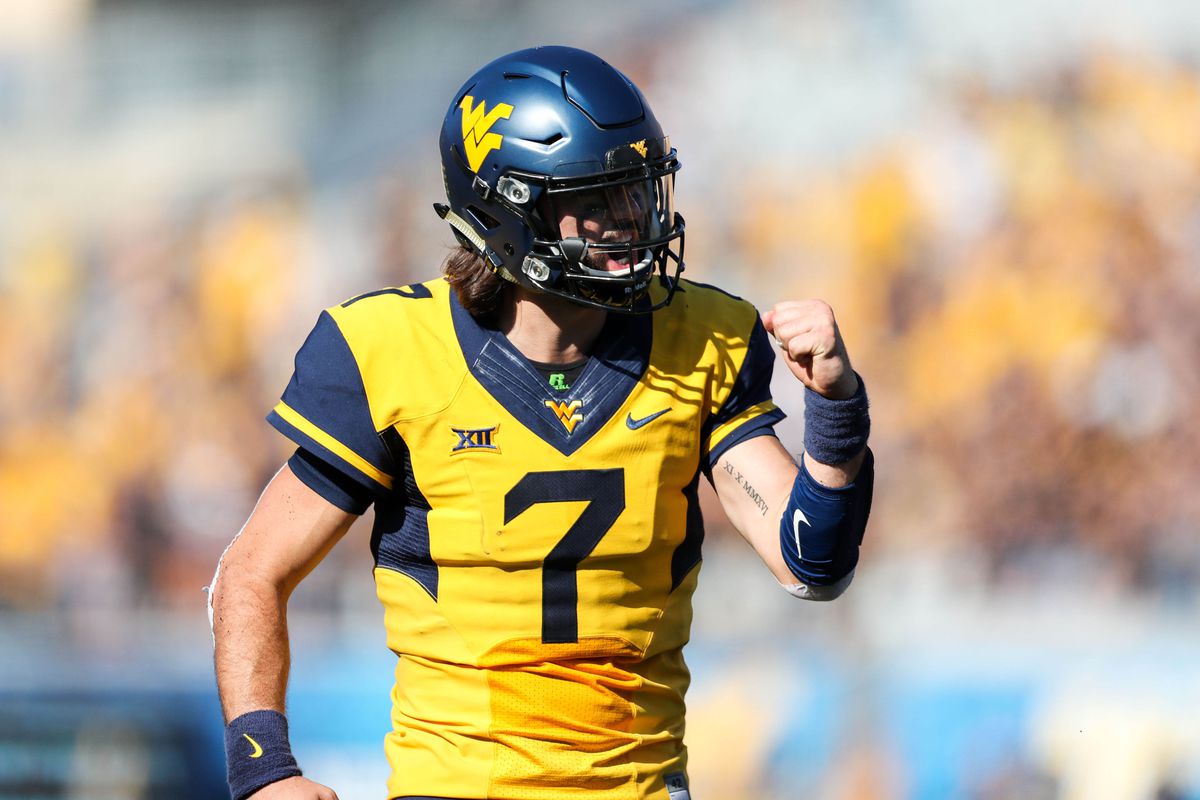 Grier is the only person I know who would completely give up palm trees and beaches to go live in Morgantown, WV. Then again, WVU is one hell of a party school shout out to the Mountaineers. In a conference where literally, a defense is harder to find than a smile on Nick Saban his numbers are only going to increase over a period of time. The NC State game was canceled due to Hurricane Florence (all jokes aside we really hope everyone found safety) and he is still statistically up there with the best of them. Over only two games Grier has completed 46/60 pass attempts for 761 yards and nine touchdowns with one interception. His passer rating is right up there with Tua at 229.4 and he’s averaging 12.7 yards per completion. I don’t know what West Virginia does differently than the rest of the country but damn it keep on doing it (that’s called a subtle joke). He tore apart Tennessee and my hometown college Youngstown State in the first two weeks, which doesn’t seem like a hard task, but the Penguins were just in the National Championship two years ago in the FCS division. Tennessee is well, Tennessee who is just hoping to God they can keep a head coach. He faces absolutely a blistering schedule where he won’t face a ranked opponent until November 10 where he will face TCU. Don’t worry though Texas is on the schedule beforehand where all the strippers across the nation will be hoping Herman finds success, so he keeps his job and is able to throw more ones on recruiting trips. 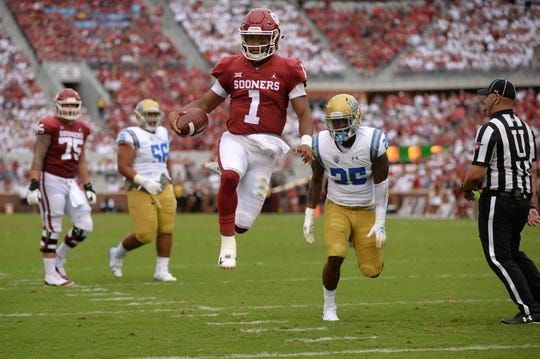 Murray is also a part of the Land of the Lost Defenses and his numbers have been great so far. On a bright note, we have yet to see a flag plant, crotch grab and yelling at the opposing fans (which by the way I love Baker Mayfield). While Kyler is doing a great job his numbers in comparison to the others on this list are not as good. He has completed 49/73 for 863 yards with eight touchdowns and one interception. Murray is averaging 11.8 yards per attempt with a 199.9 quarterback rating. They were in a shootout with Iowa State this past week bouncing back from a loss last year, beat FAU who doesn’t understand the concept of defense, and UCLA who lost to the good ole Cincinnati Bearcats. Like many other teams in the country, they won’t play a single soul worth talking about until October 6 when they face Texas in the Red Stripp… I mean River Shootout and then TCU after.