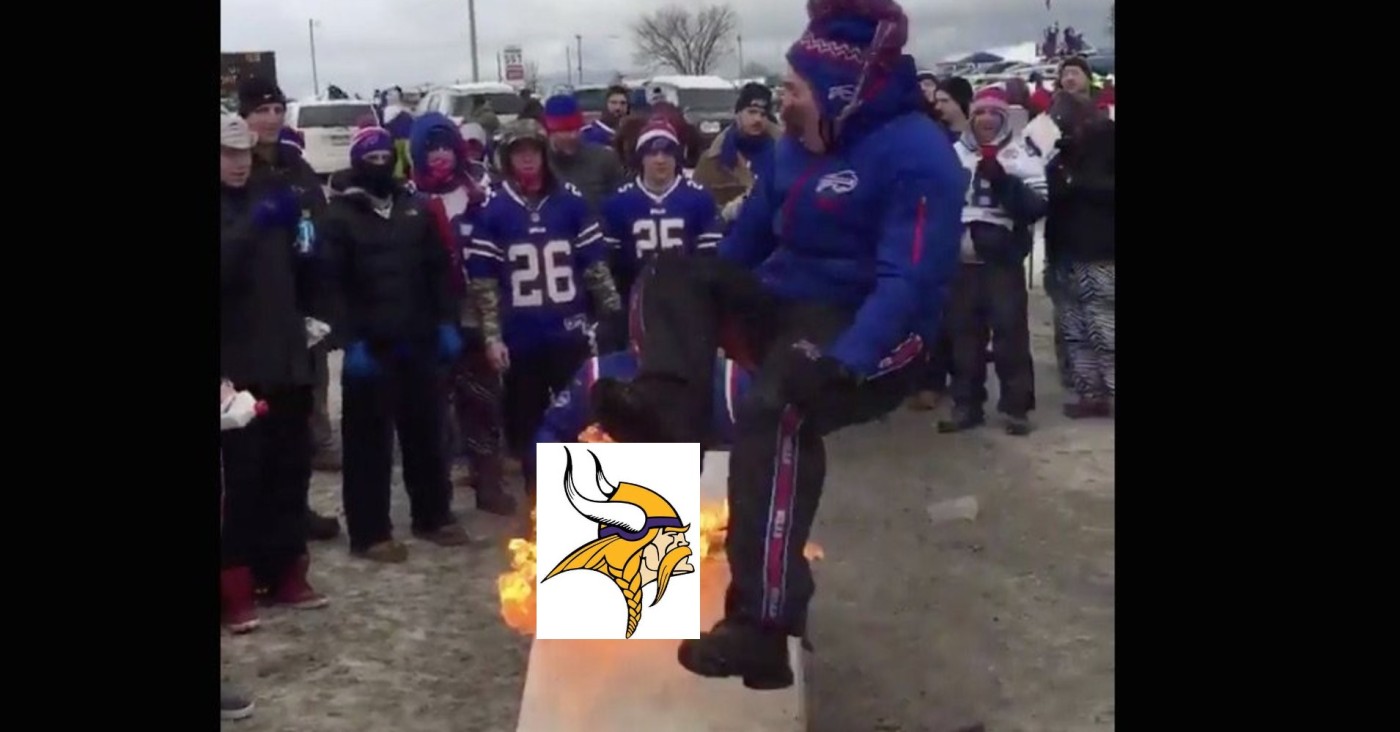 The Buffalo Bills led by rookie QB Josh Allen came out and shocked the world today by beating the Vikings 27-6 in Minnesota at US Bank Stadium. A stadium that has already become a traditionally tough place to play since they opened it last season. The line on this game hovered around Vikings -16.5 to 17.5 all week and people across football were still taking the Vikings despite the fact you almost always take the dog with a line like that in the NFL. I mean the Bills have had an atrocious to start to this season with blowout losses to the Ravens and Chargers and looked poised to become the leagues new Cleveland Browns. So there was no way to think that today playing against a tough Minnesota team with a terrific defense at home would be the game for the these Bills to turn it around, but they certainly did.

I myself was one of those people to completely doubt the Bills as seen in this following clip that has not aged very well since 12 PM today.

Clearly that was a very cold take and I deserve to be shit on for it. I guess you can’t underestimate the pride of an NFL team that had one of their key players straight up quit on them at halftime last week in Vontae Davis. That really must have been a rallying point for a team that truly did seem destined to become the 3rd NFL team to go 0-16.

Now I don’t think the Bills will completely turned their season around and actually compete for a playoff spot. I think today was more a case of the Vikings just not showing up or just not being the team we thought they were. But this is the NFL with the best athletes in the world and the Bills showed us today that you cannot take any team lightly or act ever think you know the outcome.

Josh Allen played great and has maybe given those who think he will be the biggest bust out of this years QB Draft class reason to pause. He was 15-22, with 1 TD and one TD on the ground, along with a every so close to 69% completion percentage with 68.2%(Still Nice though). And most importantly he took care of the ball against a Vikings team known for getting takeaways.  The Team and Bills Mafia deserve this win and I hope they celebrate this win in the only fashion that we would expect out of them. By breaking burning tables and excessively chugging beers. Cue the tape!