Well, week four of college football has come to an end and boy was it a good one. Granted from noon to roughly 7:00 PM I could’ve fallen asleep and not missed much, the later games put on a show that was enjoyable to watch. When it came to picking games this week in the top ten games I was 4-6-1 and outside of the top ten games 1-3, better luck next week. I mean for the first time all year I bought on Alabama against the spread and needless to say someone finally covers. Not to mention I didn’t account for how shitty Oklahoma’s defense truly is. Clemson and Notre Dame finally looked like top ten teams. Here’s my look at week four from a non-betting standpoint and give you my full evaluation of what I saw this week in college football.

One of my narratives remains true, Alabama and Ohio State are in a league of their own. You can make arguments to say Clemson or Georgia can make a run at them, but at the present time, I don’t see it. If Ohio State wins big next week at Penn State, the odds of the favorite to win the National Championship are going to change quite a bit. The Tide and the Buckeyes have the number 1 and 2 ranked offenses in the country and so far, no one has been able to slow them down. This may be as a result of both teams having a pretty easy schedule thus far outside of TCU and Texas A&M.

Clemson finally beat up on an opponent this weekend and did it in a fashion you expect from a top four team. The Tigers went into a hostile environment in Georgia Tech and handled it very well. Now Georgia Tech always seems like a light opponent but damn it that offense is always difficult to stop for anyone. They held an offense that averages 331 yards a game on the ground to half of that at 146 yards. Trevor Lawrence finally broke away from Kelly Bryant and it seems as if moving forward Lawrence is going to be QB1. 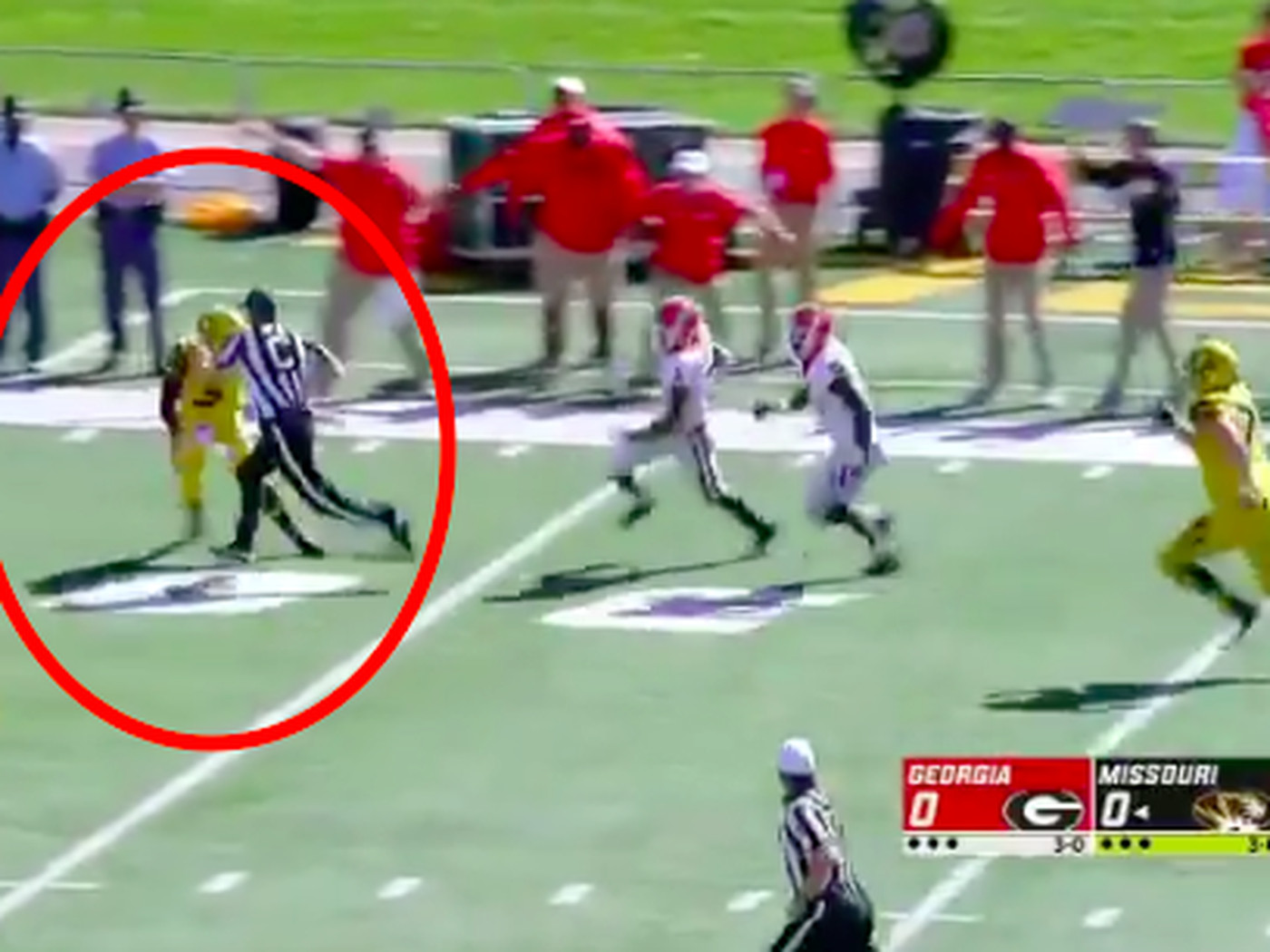 Georgia had themselves a barn burner where at times it felt like the refs might have taken the -14-spread laying out blocks for the Bulldogs and even ruling a questionable field goal as no good for Missouri. They held what many to believe as one of the best quarterbacks in the country, Drew Lock, to 0 touchdowns for the first time since Purdue last year where they lost 35-3 to the Boilermakers (I think that is the dumbest name out of any sport). Jake Fromm looked like his normal self, passing for over 200 yards and three touchdowns. Elijah Holyfield looked like an absolute monster though, seriously think if his dad, Evander Holyfield, had his size and physical capability he might have part of his ear and even knocked out Mike Tyson.

I have no idea what the hell happened to Oklahoma, but whatever it was it showed this team doesn’t know what defense is. Army averages 314 yards on the ground with their elaborate offense that many have difficulty with, they hit that number and more against a top-five team in the country at their home field. Kyler Murray didn’t have great numbers because the Knights had the ball for a total of 44:41 minutes in a 60-minute football game. The Sooners we a 30 point favorite and the game went into overtime with the Sooners scoring quick, ultimately forcing a crucial 4th down for the Knights, and them not knowing how to handle a passing down throwing an interception to end the game.

How did the rest of the top ten fair out? Well, Notre Dame switched quarterbacks and looked like the Browns putting in Baker Mayfield beating the shit out of Wake Forest. This is a good thing because college football is better when Notre Dame doesn’t suck. Auburn smacked the shit out of their SEC opponent after losing last week to LSU. The LSU Tigers were in a shootout against Louisiana Tech. Penn State beat up on the Fighting Illini on Friday night. Washington had a close game against Herm Edwards and Arizona State. The game of the night belongs to Stanford who down 17 came back on the road against Oregon beating them in overtime 38-31. The top ten did its job this week even though against the spread they were 6-4-1 as favorites ATS. 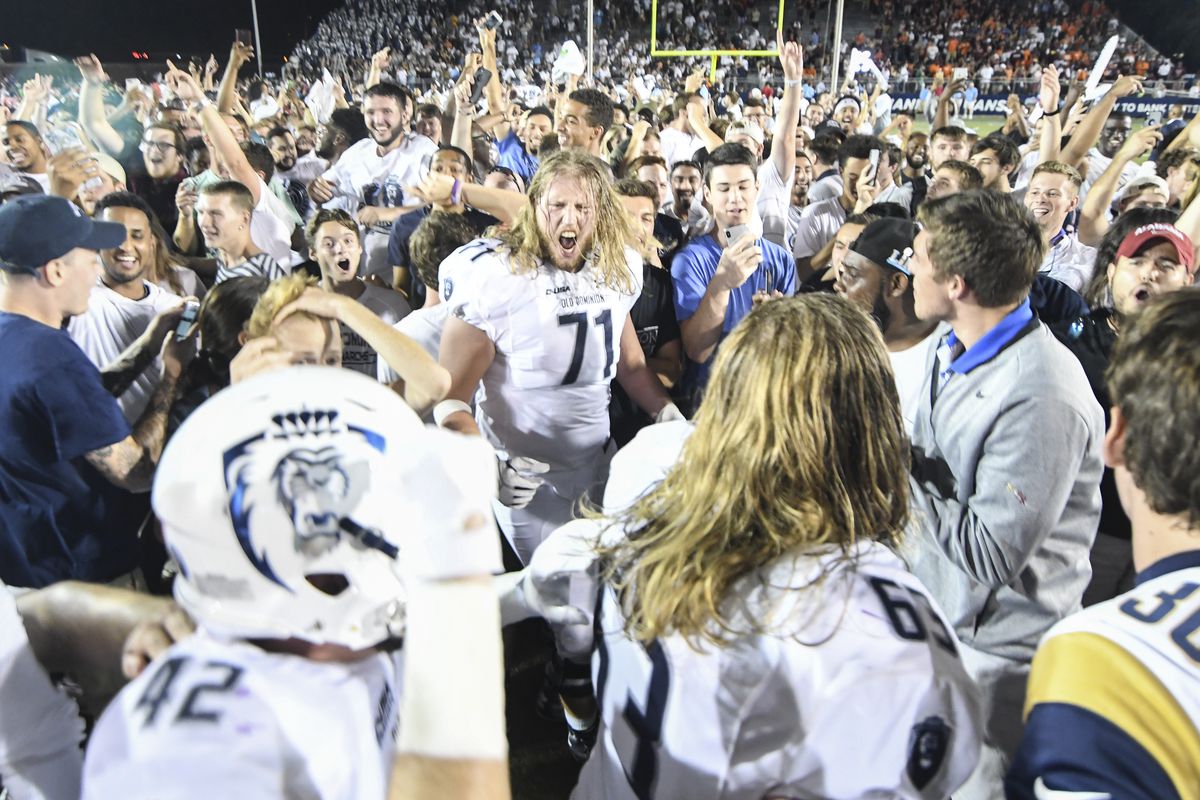 This week like many of the other weeks was not enjoyable, besides Virginia Tech and ODU. Of course, this upset comes after I talked highly about the Hokies, being the only team from the ACC to impress me thus far. Thanks, Hokie Town! Solid job making me look like a jackass. How in the hell are you going give up 28 points in the fourth quarter against a 0-3 team? Shout to the Monarchs though on their biggest win probably since they’ve been around.

We also had another “upset” between the Kentucky Wildcats and Mississippi State Bulldogs where the Wildcats were getting nine points at home. This comes after Kentucky beat Florida two weeks prior in Gainesville. The Wildcats are 4-0 (2-0 in the SEC) under the YOUNGSTOWN native, Mark Stoops. I love it. Basketball schools this year are coming up and showing that they can play football pretty damn good as well.

Texas finally got a win against a good team this week as well. Tom Herman proved that late night at the strip clubs will never impede on his ability to win big games. Just maybe we can say, “Texas is back”. That being said after back to back losses to Maryland in his first two years as coach of the Longhorns. It’s good for football when the Longhorns are relevant, so we pray they have continued success.

We are heading into week five and finally will get the matchups that we as fans deserve. I want to apologize even though I am not affiliated whatsoever with scheduling nor the NCAA, that you guys have had to put up with such horrible non-conference games that were great napping material. Hopefully, now we can move on and finally see closer games to the point where it’s enjoyable to say football is back. Welcome back to college football and if you hadn’t tuned in for the past four weeks, don’t worry you haven’t missed much.