Well if you pay any attention to football at all, you have noticed that college and NFL have adopted new rules in order to protect the players. Now listen I have seen the movie “Concussion” which is fantastic movie where Will Smith plays a doctor, Bennet Ifeakandu Omalu, who single handedly brought down the NFL with the reports about ex-Pittsburgh Steelers players and their deaths related to what we now call, CTE. This is based on true events, which means that shit really happened. You see to sum this up, when you get hit at any point your brain rocks back and forth, hitting your skull. That is completely unnatural. It results in memory loss, depression, confusion, and dementia. Those symptoms mixed with heavy testosterone and drugs make up a pretty dangerous cocktail of disaster. Everyone could say, “These players make millions, the risk comes with the money!” This could be true, but the fact of the matter is a lot of these players end up broke and have no health care set up for them or any benefit for making their respected companies/organizations millions. Hence why you see a boycott coming from the Hall of Famers themselves until these benefits are awarded to these players. Basically to summarize, the NFL has moved on from the badass days of glorifying hits in order to preserve the future of these athletes who in the grand scheme of things being their professional journey at a young age. Preserving the short term investment to succeed in the long run.

This new developed attitude towards protecting the players has created a shitstorm with fans and players across the league. Even with all the information at our disposal, people still question why? Here is your why NFL, you selected the highest marketed players to protect. Everyone and their mother knows that defense wins championships and touchdowns put fans in the seat. The “protection” of the players has been the “let’s protect the people who make us the most money”. What has happened as a result? Teams find it less important to pay defensive players who have busted their ass for them, defensive players are being penalized or in college kicked out of games, and most of all players who have tackled for 10, 15, and 20 years are being told to tackle in a different manner resulting in injuries. I am all about trying to help the athletes lessen their chances of CTE and any injuries that would harm them, BUT I use the world athlete, meaning all of them not one specific position or group. These rules need to change because you’re going to see more injuries to the defensive player, but hey what do I know.

The fans and the league have seen the downside that most college football teams have experienced since the targeting rule came into existence, except the NFL has seen it in a different fashion. For instance, three straight weeks Clay Matthews has been penalized for roughing the passer. I didn’t care enough to focus on the first one but the last two are complete bullshit! Instead of me ranting you be the judge.

Clay Matthews was flagged for roughing the passer on this play. 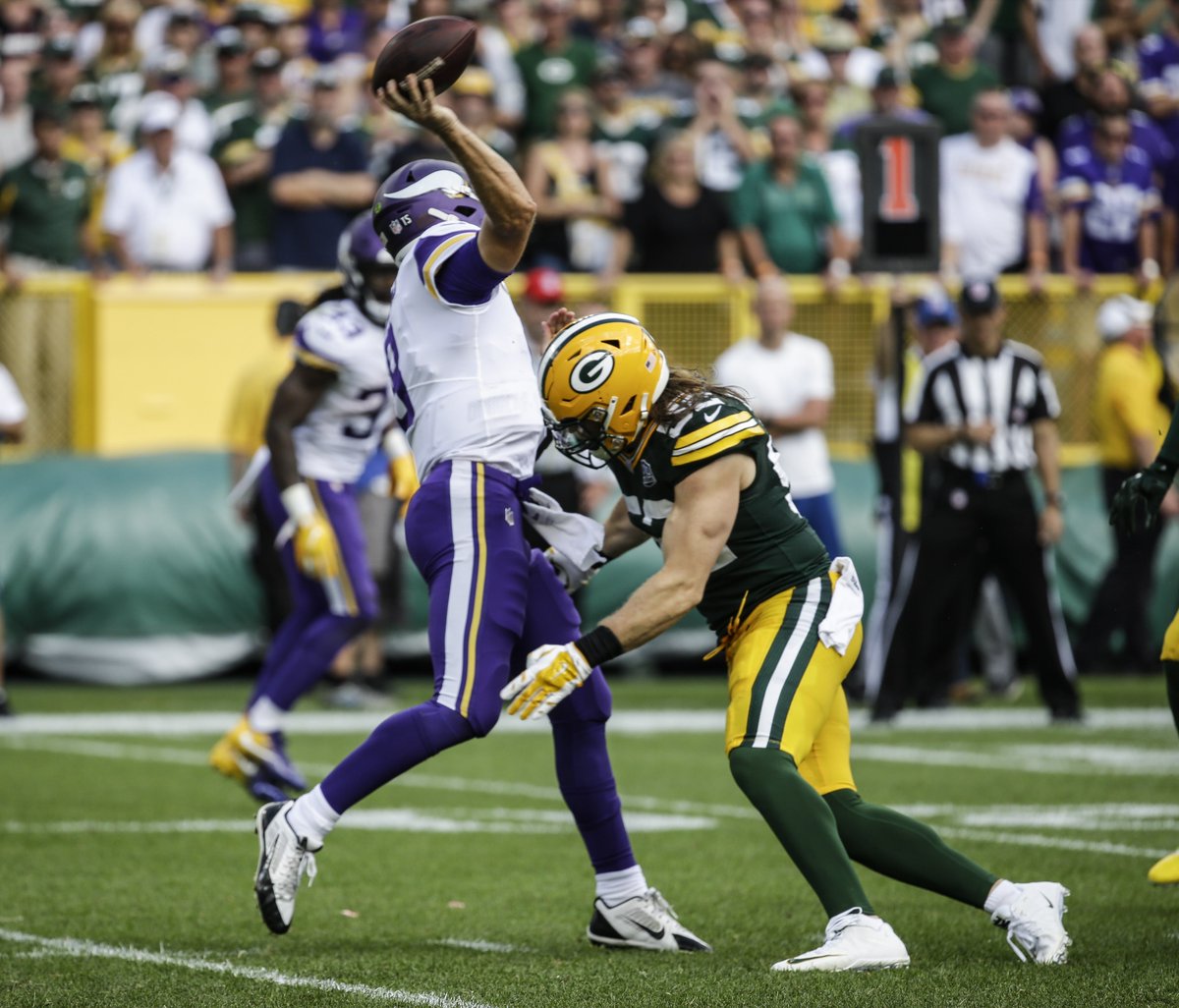 Oh wait those are just penalties, lets see what happens when defensive players try and prevent their full body weight on the precious cargo called Quarterbacks.

And we have our 1st defensive player who injured himself trying to land unnaturally to the side of the QB he’s sacking. Basically, the new (& nonsensical) NFL rule caused this injury. This league has become so dumb. #Dolphins #Raiders pic.twitter.com/Jjh0u8XJVJ

Gase said that Hayes was trying not to put body weight on the quarterback on the sack in which he got hurt. "It's going to be a tough one for us to swallow."

The Clay Matthews hits both came at a crucial point in the game, resulting in automatic first downs. The other resulted in William Hayes, defensive end of the Dolphins, tearing his ACL and is now out for the season. SMH. What does the rest of the league think about this?

They don’t care about the rest of us getting hurt. Long as the QB is safe https://t.co/ihjlz3lVQl

How do we as fans feel?

Mike McCarthy watching the NFL die right in front of his own eyes pic.twitter.com/PevUMWpRmt

Yeah that caption and tweet says enough. Good day America, let’s hope our kids grow up to catch, pass, or run the ball because by their age defense won’t exist. I’ll leave you with this. Stop with the double standard bullshit!

We can’t place a qb on the ground but it’s ok for a 300 LB lineman to intentionally barrel roll into a Defensive backs knee. Plays like this are either ending careers or altering a players career. pic.twitter.com/5RXMTeRbtZ