I had a great day of sending my daughters to their respected school and daycare, been in a funk over the past 24 hours and come home to see the Penn State article dropped. Just what the doctor ordered. So first off and foremost, I respect the fact of the Penn State writer, Ken, being the family man. I have kids too. With all due respect though they’re growing up in the elite category of Buckeye fans.

We aren’t here for family talk though. “WE ARE” here for the explanation of how and why Ohio State is going to beat that ass this weekend. I love it. A rivalry that is basically acknowledged by one side aka the Nittany Kitty fan base. Ones that still bask in the glory of a missed pass interference call.

A play in which is now deemed illegal and as you seen #52 holding and pulling a Buckeye player to create a lane.

No excuses though. I expect more out of an Ohio State that has now won 18 out of 32 games against Penn State, has eight National Championships, seven Heisman trophy winners, 39 conference championships, and 902 wins. Just to name off a few statistics Penn State wish they had. I could bring up the 21 point deficit erased by the man you claim to be not so talented, but like every year our focus is on what’s in front of us. I love that the 108,000 fans at Beaver Stadium were acknowledged as well. Gotta love the “Buckeye Effect”. At Ohio State, we call that a normal Saturday. I decided to make that fan talk interesting so I reached out to my plug within “Block O” to see if there were travel arrangements made within their organization, “I’m so pumped!! And Yeah!! We have a road trip planned we are taking 110 people.” I became nervous there when I only heard 110, but then suddenly realized that’s only one select group. I decided to double down on my question being nervous about the 108,000 you represent with a simple how do we counteract it, “We have the best fans in the country and our 110 can keep up with anyone!” Facts. Ohio State never travels lightly, you can ask TCU how that “home game” felt.

Regardless, we are here to talk about the game. Penn State has played one of the easiest schedules I’ve seen in recent years and rank a solid 60th in total yards allowed at 1383 yards and rank 35th in points allowed per game at 19. That being said you’re right we aren’t the (cat) Fighting Illini nor are we even on the same spectrum of Kent State. Luckily, you guys are first in points against at 55.5, but daddy is creeping up right behind you 54.5 (daddy is THE Ohio State), 10th in rush yards at 275.0 per game (the Bucks biggest flaw), and a whomping 63rd in pass yards with the over glorified, Trace McSorley. Thankfully for Penn State, THE Ohio State will be without Nick Bosa, but THE Ohio State has the next man up culture where five-star recruits are just lingering in the background. You are right though, Dwayne Haskins is in the running for the Heisman, I have him at #2 in my book due to the fact that Alabama plays cupcakes and Tua looks like he could beat the Raiders on an off night. Like yourself I see this as a shootout, judging the Buckeyes have a problem with stopping big plays. My final score prediction 42-28 Buckeyes. Close in the first half and then well here’s my evaluation of the second half… 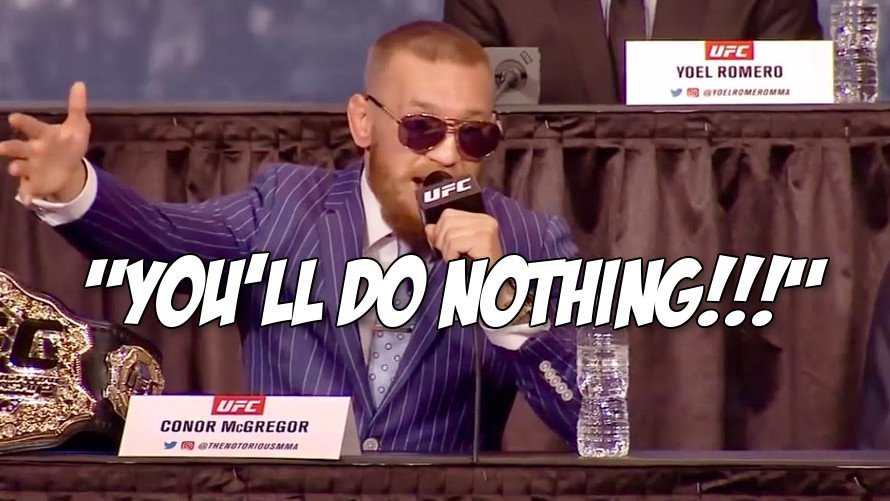 In all seriousness, best of luck. Going to be a fantastic game. Most of all, Go Bucks!

The Arrogant Buckeye Fans Everyone Loves To Hate