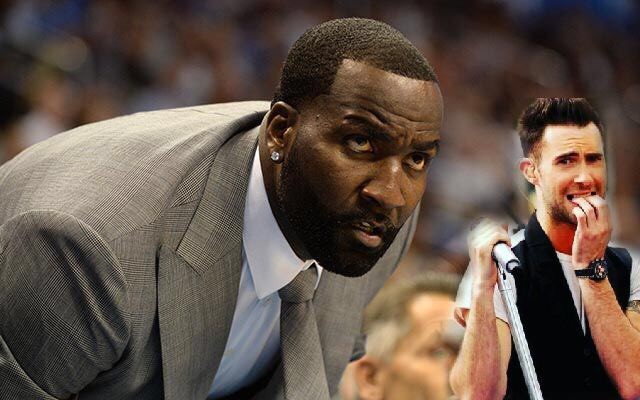 So admittingly, I’m not a huge follower of the television show “The Voice” or really anything that’s on television besides sports and HBO. But apparently Kendrick Perkins, one of the scariest dudes to ever grace an NBA floor is, and he was NOT happy about Adam Levine booting his guy Deandre Knico from the show last night and released the following Instagram post in response. 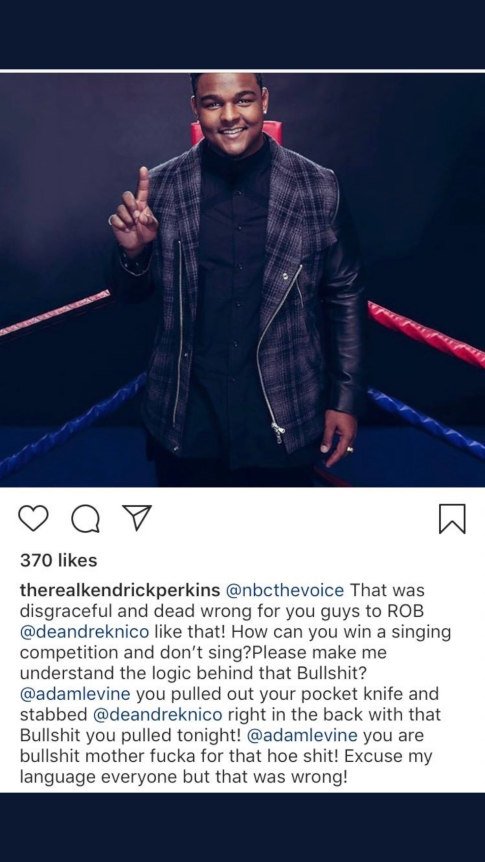 Now at least Kendrick apologized for his language, but this got me thinking. If I had to select the top 5 people on planet earth that I would least want to be angry with me/want to murder me than Kendrick is in that top 5 for sure. It probably goes 1. Vladimir Putin, 2. the late Kimbo Slice (RIP), 3. Mike Tyson in his prime, 4. Ray Lewis (for Obvious reasons) and then number 5. Kendrick Perkins.

It’s easy to forget because we are quite a few years past his prime, But Perk was one of the most intimidating dudes in the league during the last 2000’s and early 2010’s. People like to think Kevin Garnett was the enforcer or tough guy on those Big 3 Celtics teams from 2007-12 but that was not the case. Yes of course KG was always gonna talk that shit, but Perkins was the guy that would put you in a coffin if you stepped out of line. Being a fan of the Celtics, there was no better guy to have in that role. The crazy thing too was that he never really had to start any physical confrontations. He would just give his opponents a look and they would quickly get the idea that this isn’t someone I want to fuck with. I mean look at this guy, would you want to start some shit with him? 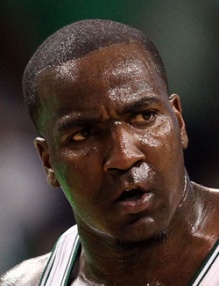 BOSTON – JUNE 10: Kendrick Perkins #43 of the Boston Celltics looks on against the Los Angeles Lakers during Game Four of the 2010 NBA Finals on June 10, 2010 at TD Garden in Boston, Massachusetts. NOTE TO USER: User expressly acknowledges and agrees that, by downloading and/or using this Photograph, user is consenting to the terms and conditions of the Getty Images License Agreement. (Photo by Ronald Martinez/Getty Images) *** Local Caption *** Kendrick Perkins

Didn’t think so. For Adam Levine’s sake I hope that he goes into hiding at least for the foreseeable future. Maroon 5 is slated to perform at the Super Bowl halftime show this year and I would suggest you don’t make any public appearance between now and then unless you want Kendrick peeking over your shoulder ready to toss you like he did the 6’7 260 Jason Maxiell back in the day as we see in the following video. I don’t think it will go as well for you Adam.

Ps. There has been rumors swirling that Perk could make a return to the Celtics. While I don’t really think a 34-year-old forward is going to fix any of the Celtics issues, I would love to at least see him in a suit on the sidelines for the C’s like he had been for the past couple Cavalier playoff runs. Anyone gets to thinking about giving Kyrie-god a hard foul and you have him take off the sport coat and start throwing bows.